Hey Guys!
I recently picked up a few products so  thought I would share what I got: 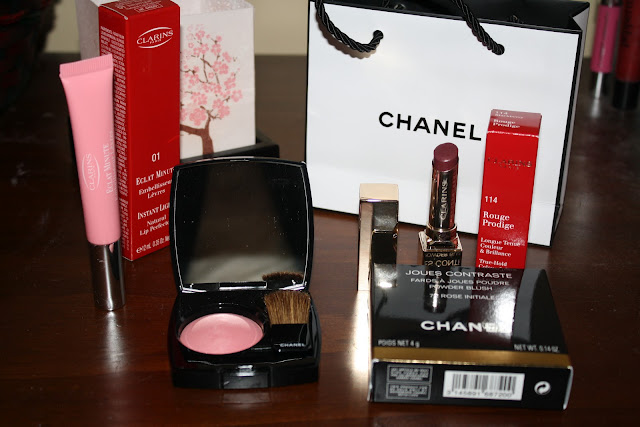 Ever since I saw the photo for the Chanel fall campaign I knew I had to go see it in person. I was initially drawn to the lip color the model was wearing in the photo. But when I went to my Chanel counter and saw the lipstick, it wasn't exactly what I was looking for, I definitely wanted something darker. I ended up going on Temptalia and I found a dupe that was similar to what the model was wearing and that is 114 Blackberry by Clarins, the perfect rosy brown for fall.  I am pretty much in love with this color, it can be applied sheerly or you can build it up. It is also a really moisturizing formula and I would say it last about the same time as a regular lipstick.  I also purchased the much hyped about Clarins Instant Light Natural Lip Perfector in 01 and it all I can say is everyone needs one of these in their life. It is a lip gloss-lip balm that is super moisturizing and you can apply it through out the day with out having to think about. It looks amazing on your lips as well and smells like roasted marshmallows. I definitely think it does live up to all the hype surrounding it.

Now about the blush...even though I didn't end up getting the lipstick from Chanel, I did however end up picking up the blush in Rose Initiale. In the pan it looks like a regular pink blush and that is exactly what I though it was until I swatched it. When swatched it is a beautiful pink that I think will look beautiful during fall. It was really hard for me to get a picture of this but I tried. I haven't used it yet but I can give you guys an update if you're wondering about how it wears. It is part of the fall campaign but I think it might be permanent.

And now for the photos: 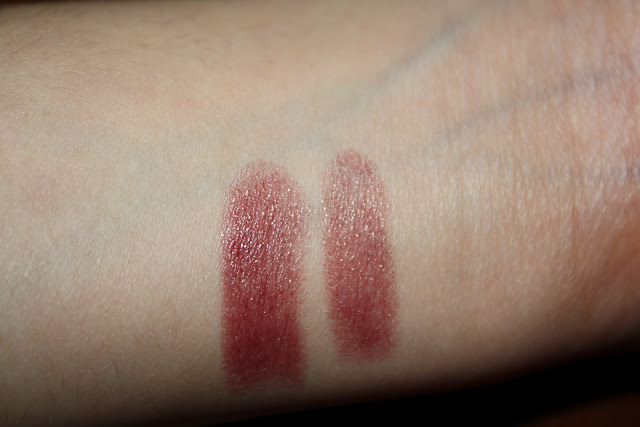 Anyways, that is all for now! Hope everyone has a good week up ahead.
Farha
x
Posted by Farhaaa at 11:57 PM